We’re up at 9:30 and go down to catch breakfast before 10:00. Before we’re able to make it to the restaurant we’re ambushed by the receptionist who starts telling us the plan for our evening departure to Sapa. She doesn’t get far before she is interrupted by Mr. Son (hotel manager). There’s some visible tension between them and the woman walks off muttering something in Vietnamese (if we listened closely enough I’m sure we could have learned a few useful swear words). I guess she’s not happy about Mr. Son “stealing” us, now that we’ve reached our VIP status. Mr. Son tells us that everything’s been arranged for our trip. We should be back by 19:00 to be driven to the train station where we’ll take a night train to Lao Cai as part of our journey.

We set out to look for a place to stock up for our homestay with the tribes in Sapa. We’ve done some research on staying with e.g. Hmong and the recommended gear is:

This kind of diverse shopping list is best served by a supermarket. One problem: there aren’t any supermarkets. It does not seem to be a very common store format around here. There are a couple of specialised stores selling toiletries and similar household items, but that’s not enough to cover the full list. Lonely Planet mentions a proper supermarket called Fivimart. What it doesn’t mention is that Fivimart will only make itself visible during the full moon in uneven months to those whose minds have reached a higher plane of consciousness. It’s entirely impossible to locate and the map provided by Lonely Planet points to a wrong location. 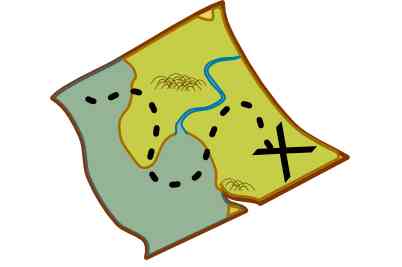 “So, can you see the final destination coordinates, marked with a giant “X”? Well that’s not it!”

After unsuccessful attempts at finding the elusive Fivimart we settle on a smaller hypermarket that has most of what we need (except pens, pencils and notebooks we thought of giving to the Hmong). We get a big and fancy looking box of candy for the host family and a few small packs of candy to hand out to kids. We go back to the hotel to pack and check out. We leave our bags at the reception and go out to catch a few more Hanoi “must sees”.

First stop is Lenin Park. Or, more Vietnamically (that’s totally a word, I swear) – Lê-Nín Park. Vietnamese have a compulsion about splitting multi-syllable words into smaller words or at least hyphenating every syllable, something I’ve already explored in my earlier posts. Lenin Park is clean and rather small. It’s full of people exercising and men playing that same mysterious game with long narrow cards that we’ve seen on our first day.

Right across the street from the park is the Flag Tower of Hanoi. It…towers…over 40 metres above the city. We turn onto a road to the right of the tower and make our way to the Presidential Palace complex. The streets here are much wider than in the Old Quarter and with far fewer people walking them. In fact, the only people around are stone-faced guards standing by giant gates to the Ministry of Defence. Katka wisely decides not to take any pictures here, because our travel plans don’t include a trip to prison on espionage charges. 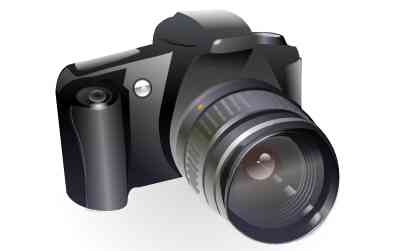 The whole area is filled with imposing government buildings and embassies. There are guards on every corner and guides by every building. What I’m saying is: there are quite a few guards here. Most houses have cars parked by them. Owning a car here is a sign of wealth and bad spacial awareness, since the majority of roads in the Old Quarter can probably accommodate around half a car at best.

We make it to the Presidential Palace, but finding a way inside proves tricky. There are many different gates, but only one of them is the “official” entrance, so it takes us quite some time to walk around and find it. Inside the “park” we find that we’re limited to exploring only a small area of the premises. We can look at the Presidential Palace but not come too close to it.

Essentially, we can only see the areas where Ho Chi Minh used to live. The dude loved the whole “keeping it simple” thing so much that he refused to live in the Palace itself. Instead he built himself a wacky Stilt House and surrounded it with bearded bush-dragons disguised as Santa Clauses:

We explore the area and check out the Stilt House, mango road, an older house where Ho Chi Minh lived earlier, a lake full of carp and a small museum with some Soviet cars Ho owned. “Pimp My Ride” wasn’t that big of a thing back then, so the cars range in colour from grey all the way to black.

Outside of the Presidential Palace enclosure is the Ho Chi Minh Mausoleum. Here Ho himself lies in an embalmed state, waiting to spook faint-hearted visitors. We only admired the building from the outside. Not because we’re faint-hearted, but because we’re scared senseless of Ho’s ghost haunting us in the night.

Nearby is the One Pillar Pagoda, which is a small wooden temple built on a single stone pillar. It’s supposed to resemble a lotus blossom, but instead my brain conjures up an image of Baba Yaga’s Hut on chicken legs. I’m crazy like that. Right next to it is the Ho Chi Minh Museum. Again we only explore the building from the outside, since by now our brains are thoroughly ho-chi-minhified (also, totally a word). (CONTINUE TO PAGE 2)