Welcome to the grand finale of the epic and endless saga that is “The Sound Of Music”. Make sure you’re up to date by reading the first four parts (Part I, Part II, Part III and Part IV). Now that you’re done, let’s wrap this up!

The camera drops back down from the views of Austrian countryside to the plaza outside of the cathedral where Maria and the Captain just got married. Everything is exactly as we remember: the well known cathedral, the good old plaza, the huge Nazi flag with a swastika swinging down from a building. Wait, what? I don’t remember that flag being there just a second ago! What sort of witchcraft is this?! Oh, I see, this must be some weeks later. Smooth transition, movie, very smooth.

Through a crowd of marching soldiers a black convertible makes its way to an amphitheatre. Zeller and an unknown Nazi dude get out of the car and walk inside. In the amphitheatre are the Von Trapp children and Uncle Max. Zeller throws a Nazi salute and a “Heil Hitler” at Max and reminds him that he’s now the Gauleiter. Thanks again, movie, for walking us so gently through these transitions. 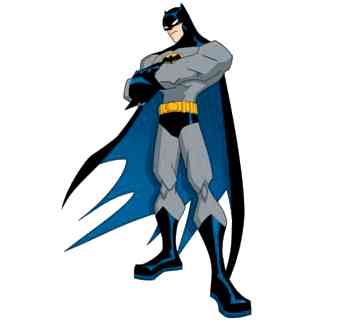 Zeller is here because of two things:

Zeller assures Max that the festival is still happening tonight and that nothing in Austria has changed. He proves his point by saying “Heil Hitler” yet again, because in Austria it stands for “Nothing has changed”. Incidentally, “Heil Hitler” now constitutes every second sentence out of Zeller’s mouth. Apparently being a Nazi also provokes an onset of Tourette’s in some people.

Uncle Max and the kids briefly discuss the children’s upcoming performance at the festival as The Von Trapp Family Singers. Seems Max has gotten his way. Rolfe approaches, wearing a brown Nazi uniform. He hands a telegram to Liesl to pass onto the Captain as soon as he returns. Rolfe is cold and formal. Liesl suggests he comes by to “deliver the telegram” himself tonight, which is code for “meet me at the gazebo to sing, dance and…that’s about it”. Rolfe tells her he has more important things to do and walks off without looking back. 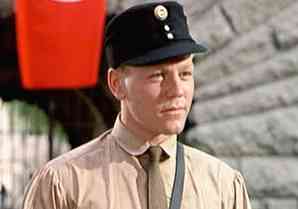 So, here’s what we’ve learned about the recent developments during these past few minutes:

Next scene. The Captain walks up to his front door where a Nazi flag now hangs. He yanks the flag down and rips it in half. Now that’s just a waste of good fabric. Do you know how many dresses Maria could’ve made from that?

The children arrive and everybody spends the next few minutes telling everyone else exactly how much they missed them and why. Then the kids drop a bomb by announcing that they will sing at the festival. The Captain sends them off to the terrace so that they don’t have to witness the ass kicking he’s about to give Max. In the middle of the ass kicking that spans across topics like the Von Trapp kids singing in public and the Anschluss Liesl walks in to hand Rolfe’s telegram to the Captain. Von Trapp walks off to read it.

Maria and Liesl have a heart-to-heart in the drawing room. Liesl wants to know what to do when you stop loving someone or he stops loving you, referring to Rolfe. Maria’s insight on the topic is “you cry a little and then you wait for the sun to come out. It always does.”. Yes, Maria, it’s common knowledge that every 24 hours we can witness sunrise. What the fuck does it have to do with heartbreak?! 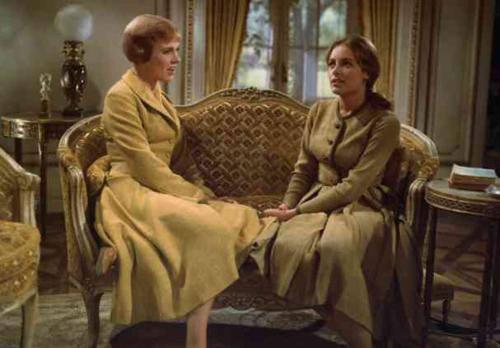 “And if you ever fall down the stairs, you just add two and two together. It will always add up to exactly four!”

Maria and Liesl sing together. The song probably has something to do with the sun, but I’ve stopped listening to Maria’s songs after I’ve realised she’s insane.

Their bonding is interrupted by the grave-looking Captain. Apparently the telegram was an “offer” from Berlin for him to accept a commission in the navy and to report to a naval base tomorrow. He cannot accept this commission, because he hates the Nazis. However, rejecting this “offer” would be suicidal. Thus, the only thing to do is for the whole Von Trapp family to leave Austria. Tonight.

Speaking of tonight – next scene. The whole Von Trapp family is pushing a car out of the manor, without turning the engine on. They want to leave without Franz and Frau Schmidt hearing, to give them plausible deniability in case they get questioned by the Nazis. As the car is leaving the main gate we see Franz looking down at the group with a shady expression. Oh, Franz, you traitor! I hope you didn’t tell anyone about this…(CONTINUE TO NEXT PAGE)