Remember how I’ve told you that we were basically finished with the new apartment? Yeah, I lied.

Turns out that blind optimism mixed with poor judgement result in wrong timeline projections. Who would have thought?

Yes, we have bought all of the furniture. Yes, I have assembled most of the IKEA chests of drawers during the first few days of the past week. But I have grossly underestimated the amount of time and effort required to make our wardrobe fit.

You see, we have this niche inside the bedroom that rests on a step. The dimensions of the niche match perfectly with an IKEA wardrobe we purchased. Well, almost perfectly. There’s a concrete bar hanging up at the ceiling that steals a centimetre of the space needed for the wardrobe to fit. 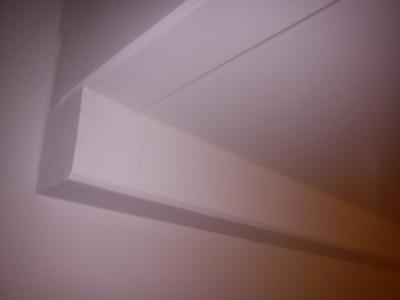 We have purchased our wardrobe in the strange hope that the extra centimetre would magically appear by itself. It didn’t. Not to worry, I decided to buy some equipment to shave a bit of that concrete off.

I’ve played enough with Lego to know exactly how the real world works!

Quiz time! What are some of the things you would least want to happen to a power tool? If you said “exploding”, then wow – you’ve seen some crazy shit! If you said “the handle falling off in your hands” or “safety screw popping out during operation”, then congratulations – you have described both things that happened to the first angle grinder I purchased. Thankfully, nobody was injured and I’ve managed to exchange the angle grinder for a more expensive and hopefully less deadly one.

To make a long story slightly shorter, after hours of my power-tool-happy friend grinding through concrete and us trying to make the wardrobe fit, we have realised that we will need to butcher the concrete even further. Here’s how it looks now: 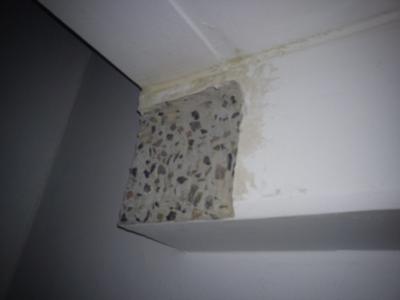 Now imagine that…times four. That’s how long it will have to be. My friend is only able to help again in two weeks, so until then our bedroom is off limits. What used to be a nice and almost finished bedroom is now a storage room for all the crap we’ve got in the house. It’s also a place where (my) nightmares live.

If you look closely enough you can spot Waldo!

All of the construction work is also accompanied by high levels of stress and blood pressure as I see our brand new apartment get mutilated. Thankfully, the others (my girlfriend in particular) are dealing with my panic-mode calmly, instead of stabbing me in the neck with a screwdriver. But now I’m giving them ideas…

Anyway, the apartment is a good few weeks from finally being done. By then I expect to bring you some “after” pictures that hopefully look a bit more encouraging than the ones above.

In between the stress and waking up at night thinking of wardrobes and concrete grinding I hope to still remain sane enough to bring you some fresh posts. Stay tuned.

2 thoughts on “Concrete and stone can break my home”