Today we go even further down memory lane, to the very beginning of my life in Denmark. During the first two years here I went to Rygaards International School.

Our history teacher was an Irish guy by the name of Mr. Murphy. That’s right, back then all our teachers were either a “Mr” or a “Mrs”. To this day I don’t know most of their first names. In fact, I can’t be 100% sure they even had first names.

Mr. Murphy was one of everyone’s favourite teachers, despite the fact that he was one of the strict ones. He had a heavy Irish accent that took a while to get used to (“a while” in my case would turn out to be many months). Many a time he’d go off on a tangential story about something completely irrelevant to the subject at hand. The stories were, without exception, hilarious.

It was also not out of character for him to act out his favourite battles from history by jumping onto desks, running through the classroom, and otherwise re-enacting some epic war scenes.

He was also famous for his surprise quizzes. He’d walk into the classroom, tell everyone to close their books, grab their pens, and write down answers to a bunch of random questions he asked. Sometimes, however, he’d put a twist on this exercise, just for fun.

One day he walked in and gave the following instructions: “Blank page, name on top. You’re in the navy during World War II. Your submarine has just been hit and is rapidly sinking. You have time to write a letter to your parents, knowing it’s the last thing they’ll read from you. You’ve got two minutes. Go!”

Everyone scrambled to write down some panicked words. After two minutes, Mr. Murphy told us to stop writing, collected all of our “letters” and then proceeded to read some of them out loud to the class. Mercifully, he avoided mentioning students’ names. Less mercifully, he didn’t even try to contain laughter at some of the stuff people wrote. 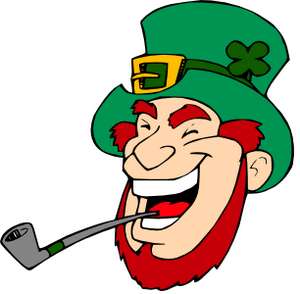 There were some needlessly formal letters, beginning with “Dear mother and father, this is your son writing to you…”. Some letters were otherwise awkward and amusing. However, the absolute best letter read:

“Mom, dad, our submarine has been hit. We’re not going to make it. I’ve got only seconds left to live before we sink. Wish you were here!“…