By now you know that making fun of spam is kind of my thing.

Thanks to this undoubtedly unhealthy hobby I have been collecting all sorts of spam, instead of deleting it from my junk mail folder like most sane people. As a result I am now in a possession of humble yet diverse assortment of random bits of spam art.

Don’t worry, with enough dedication you too can have a respectable spam collection in no time. And by “enough dedication” I mean “not pressing the ’empty spam’ button for a few days”.

As somewhat of a spam connoisseur I can inform you that spam comes in a variety of forms. Some messages are written as full-length letters and tell complex stories. Some are literally a jumble of disconnected words that form no coherent whole at all – kind of like Lady Gaga songs. Oh yes, I went there. 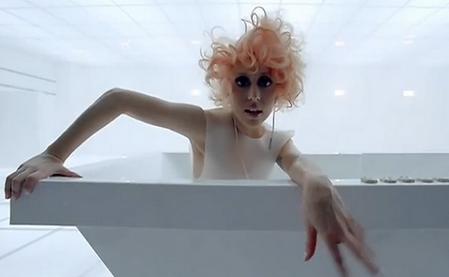 And then there’s another type of spam – one with a single catchphrase and a link. It’s the spam equivalent of a store sign saying “Get your nipple clamps right here! Two for the price of one!”. Man, I could’ve literally picked anything other than “nipple clamps” for that analogy and it would’ve worked just as well. Too late now.

It’s the third type of spam I’d like to discuss today. Recently I have been getting a few of these per day. Each of them had something about penis enlargement in the subject line. Inside the email was a link, preceded by a single sentence. I haven’t followed any of the links, because I know that doing so would slowly destroy both my soul and mental state – kind of like listening to Lady Gaga. OK, that was the last one…for now. 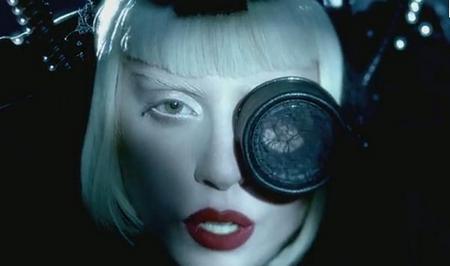 Lady Gaga’s audition for the role of Nick Fury was destined to fail.

The sentences in the emails, however, have been diligently collected. I now bring to you – the “Spam Catchphrase Collection, Part One”. None of these have been altered in any way. What they lack in sanity they make up for with failed creativity.

10. Hit a home run every night with your gigantic bat.

Very clever. Home run = success in bed. Gigantic bat = big penis. How could you possibly go wrong with a baseball analogy for sex? Here’s how: “Hit a home run every night with your gigantic bat”.

9. Your powerful rod will rip their blouses off.

Finally! Every man’s dream of being able to rip women’s clothing off with his genitals has become reality. What? Is it just me? OK then.

8. Slam, jam and bang them with a longer and wider rooster of pleasure.

I see what you did there. Because, you know, “rooster”. Hehe. Your idea of what sex entails is a bit distorted though. There’s definitely a lot less professional wrestling involved than you seem to assume.

7. Oil prices are starting to DROP.

Wait, what?! Why am I getting market updates in an email about penis enlargement? Or is there a scientifically proven correlation between oil prices and penis size? If so, I don’t envy the researcher tasked with verifying that connection.

You, sir, have the least imaginative friends on Earth. Also, they sound like a bunch of dicks. You should really stop being friends with a bunch of dicks hanging out in a locker room. Hey, you started this pun game, not me.

Great, another rooster pun. I’m starting to think this “penis enlargement” campaign is just a cover up for some shady dealings in illegal poultry.

4. Germany shows Portugal the strength in an extra inch.

I like to imagine that there was an actual competition where two teams of men engaged in penis-size based trials. Actually no, I don’t like imagining that at all!

3. I regained confidence in Eva Longoria after 2 months of herbal supplements.

Aaaw, you shouldn’t have doubted Eva Longoria in the first place! Wait a minute…is…is Eva Longoria what you call your penis? Because that’s the only way I can make sense of that sentence. Man, you’ve got far bigger problems than just lack of confidence in your size.

2. Your cock size will be written on your forehead.

Why would I ever want that to happen? Even if I had the world’s largest penis I’d never consider having its size stamped on my forehead. Sure, it would make for some great ice-breakers, but that would all be overshadowed by the fact that I’d have my dick size written on my freaking forehead!

No. No it’s not. It really isn’t. It’s not even a word. Seriously, the only nickname you could give your penis that is shittier than Cockzilla is Hammer of Doom…or possibly Eva Longoria.

All of these gems have been collected in the span of a single week, so I have no doubt that more brilliant ones are still to come. Heaven help us all…

24/06/2012: This post of mine is participating in the Dude Write line up this week where you can find some excellent posts by bloggers who happen to be dudes. You don’t have to be a dude to give the posts a read, though, so head on over!