We’ve all thought it – “surely they have enough money – why are they doing it?” – it seems some celebrities can never have enough money and are prepared to sell their souls for a few extra dollars in their back pocket.

If I was paying through the nose to have a celeb represent my brand the least I would want is for them to look like they actually believe what they are saying, or at the very least not look hung-over. Let’s take a look at five of the best endorsement fails.

Let’s face it Mr. Rooney is not oozing with charisma – as good as he is on the football pitch we can’t see his career as an actor or television presenter taking off once he’s past his prime. Coca Cola decided to ignore this minor flaw when they signed him up for an estimated $1 million a year sponsorship deal, including a number of adverts.

Take a look at the back-stage video of Wayne filming his coca-cola commercial and you can see him skulking around kicking the cans around for fun, looking like he really doesn’t want to be there. No matter – after his prostitution scandal hit the papers his contract was terminated. Pepsi Wayne? 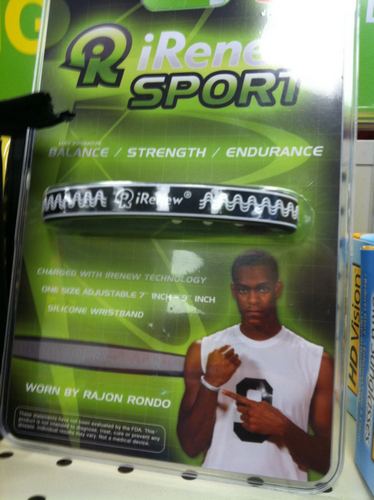 This sports wristband “May help to promote Balance strength and Endurance” – well I think “may” is the operative word there, certainly if you are basketball star Rajon Rondo, he looks to have endured more than enough of the photo-shoot for this particular product. Come on Rajon – give us a smile at least!

As he states in the advert (and many other places) – Ozzy Ozbourne is the “Prince of Darkness” – so what he’s even doing advertising butter in the first place is a mystery. Still, luckily Ozzy hasn’t brought too much to the table in terms of his acting ability, bumbling around, he may well actually be a little drunk. Still, perhaps his low-level enthusiasm allows him to get away without too much ribbing from his death-rock friends.

You can’t fault Segal for trying with his movie career, many years after Under Siege 2 bombed and pretty much wrote off his career, he’ still firing off films like it’s 1995. Perhaps if he had used a little bit of that enthusiasm for subjecting us to his slow-handed martial arts to push his ‘Lightning Bolt’ energy drinks we’d be watching ‘Team Segal’ winning the formula one instead of Red Bull. Still he has managed to get a couple of good looking girls into the video, but that is barely enough for him to get off his butt and really sell, or even learn his lines it seems.

There’s no doubt that ‘Rocket’ Ronnie O’Sullivan is still one of the greatest forces in competitive snooker out there today. However in this photo-shoot for snooker and pool cue manufacturer BCE he looks like he could do with a rocket up his back side. Sure standing there all day holding pool cues can’t be too much fun, but if I was the photographer I wouldn’t let him leave until he’d cracked a believable smile!