If you’re familiar with my “memory lane” series then you know they’re usually about hilariously embarrassing stuff happening to me. Well, this one is different, for once.

OK, just kidding. It’s about hilariously embarrassing stuff happening to me. Rejoice, you heartless crowd that laughs at my pain!

I draw my inspiration from fellow blogger Ria, who had written about her near-fainting experience.

Because I have no shame whatsoever, I not only steal her topic, I also “one-up” her with my story. Unlike Ria’s half-hearted almost-faint, I actually managed to faint in a spectacularly humiliating way. Here goes…

In case any of you need an illustration for “goes”

Once again, this was during my Copenhagen Business School years. Along with my studies I was working as a freelance journalist for the university newspaper’s English section – CBS Cornet. I wrote about diverse topics like the university’s internationalisation efforts, international students and the different international programs CBS offered.

One winter day I was biking to the editor-in-chief’s office to discuss an article I was working on. The day was rather cold and I was wearing a hat, scarf, coat and gloves – pretty standard issue equipment for cold winter days. Upon walking inside I felt a bit overheated, due to the temperature contrast between the outside world (winter) and the inside (a lot less winter).

I made my way to the editor’s office. We launched into a discussion about sources and angles for my article (the angle was probably “internationalisation”). After a minute of conversation I started feeling…not-quite-right. My heart was racing and my head was spinning, and I wasn’t even a lead singer of a rock band singing about falling in love. 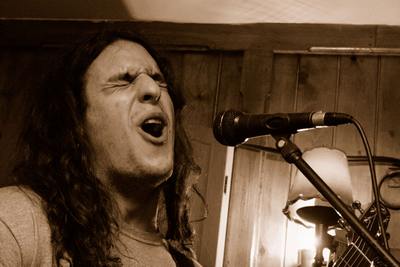 “Oh baby, you make me feel like I’m about to faint real bad!”

I tried to brave through the conversation, because paying attention to clear signals your body is sending to you is overrated. At some stage Bjørn (our editor) stopped abruptly, looked at me and said: “OK, Daniel, I just want to let you know that you’re as pale as a bed sheet and you’re sweating like crazy”.

Now, you know you’re in denial of your symptoms when other people start pointing out things you should be very capable of noticing on your own. If I were smart I’d have replied with: “Correct, Bjørn. All signs indicate that my physical condition is deteriorating at an alarming rate. Urgent measures are required to rectify the situation”. Interestingly, that’s also what I would have said if I were a robot.

As it happens, my actual reply was more along the lines of: “Guess I better lay off drugs. Hehe.”

Bjørn chimed in with some similarly offhand comment a la: “Yeah, cocaine will do that to ya”.

Drug abuse is such a light-hearted topic

Having poked fun at my pre-faint symptoms we continued our conversation…for about thirty seconds more. It was at this stage that I realised that Bjørn had been replaced by a blurry blob shape and that his indistinguishable words were coming at me from a tunnel hundreds of metres away.

I wiped a copious amount of sweat from my forehead and told the Bjørn-shaped blob that I’d like to go to the restroom to splash some cold water on my face. The blob let out some noises that sounded like approval. Encouraged by the blob’s supportive tone I proceeded towards the door in a determined, zig-zagging fashion.

I made it as far as the door. The last thing my conscious mind registered was a close-up image of my hand reaching out for the door handle. Then the door slowly slipped out of my field of vision as I fainted and fell backwards onto the floor.

Because I have never fainted before I was quite confused as to what had happened. I remember being semi-conscious, yet unable to open my eyes and feeling like I was lying under a truck filled with lead. I recall actually thinking I was dead and being upset at the unfairness of having died at such a young age.

Why me, oh misleadingly adorable harbinger of death, WHY ME?!

When I came to I was still on the floor. Bjørn was sitting behind me and lifting the top part of my body upwards. I vaguely remember him telling me about his healing experience as the medicine man in Australia, but in all honesty this could’ve very well been a figment of my after-faint mind. He gave me some water and sat me down on a chair to prevent me from attacking the floor of his office with my body for a second time.

In a few minutes I have made a full recovery. I visited the restroom and cleaned myself up. Thereafter, Bjørn and I completed our discussion about the newspaper article. Both of us have displayed incredible denial skills and to this day neither of us have spoken about the incident again. Well, until I did it in this post. Don’t you all feel special?

How about all of you? Any chronic fainters out there? Have you fainted in a public and embarrassing way? Do tell…

Entering this post into this week’s DudeWrite line up. Head on over to DudeWrite to check out some great posts from male bloggers.