One: to let you all know how awesome I am.

Two: to give a proper thanks to those bloggers who awarded me.

Three: to let you all know how awesome I am, in case you missed it the first time.

For a while now I’ve been meaning to thank two fellow bloggers for passing on awards to me. And now I am finally doing it! See how that works? 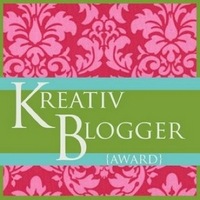 Thanks Guilie for this nice addition to my ever-expanding botanical garden of awards. I’m always happy to receive these, regardless of their level of floweriness!

The two awards have now been proudly added to my Awards page. Yes, I have an “awards” page, because vanity is the shortcut to awesomeness, as someone once said (me, right now, for example). Thanks to the DudeWrite project (see above…no, a bit higher…yup, there!) I’ve also been expanding this award list with new Man Cards to balance out the countless flowers. I’m happy to have received a bunch of those over the last few months. DudeWrite helped me realise that I can do more than just make fun of stupid things. Sometimes I can even do fiction and other word combinations!

As you know, I’m notoriously bad at finding a huge number of bloggers to pass these awards to, which would be required if I were to follow the award rules to the letter (the letter is “J”, if you were wondering). Instead, I hereby want to pass on the flowery love to the whole DudeWrite crew. I know it’s a lazy and cheap way out, but at least it’s two things at once!

Seriously, if you just follow the link to DudeWrite and look at any starting line up, I guarantee you’ll find at least one new awesome dude blogger to follow. He may even follow you back, at which point I’d strongly suggest getting a restraining order!

Finally, I’ll be bending another award rule, as I tend to. Because I’m a rebel without a cause. I live on the edge. I don’t play by the rule book. I make my own rules. I. Am. The Dark Knight. I get carried away sometimes too.

Both awards require me to answer 10 questions/provide 10 random facts about myself. If my math is correct that’s at least 17 things to share, but no more than 73.

What I’ll do instead is make you a promise. I will do my best to honestly answer any question left in the comments. There’s one rule – only one question per person! And no, you can’t take inspiration from me and bend this rule. Because…that’s rule number two.

16 thoughts on “Sunny Flowers and I”