I usually avoid provoking my thoughts, because who knows how those fickle bastards will react to being bothered?! This time I can’t let go, though.

My first encounter with anti-feminist sentiments was when a blog commenter once used the word “feminism” as an insult. I turned the whole thing into a funny post and didn’t think more of it. Since then I’ve been frequently exposed to a vocal minority that sees gender equality as something to be feared and avoided, like a shark with a piranha-gun. Yes, exactly like that.

I’ve seen countless rants about the dangers of feminism and gender equality. Most of them were unfiltered thought streams fueled by resentment. None of them had much to offer in way of reasoned argumentation. I’d like to share the most baffling lines of this reasoning with you.

Because I strongly disagree.

Because I want to add my voice to the growing number of others who disagree as well.

Because I’m tired of seeing shitty people attempt to justify or hide their sexism behind the pretense of protecting some higher moral and social norms. I call bullshit.

Then there’s the fact that making fun of stupid things is a hobby of mine and nothing lends itself to ridicule more than narrow-minded hatred.

He sure is hateful, but you can hardly call him “narrow-minded”

Disclaimer: No, I am not a life-long scholar of feminist theory. I don’t have a wide range of handy statistics to pull out of my pocket. I haven’t reviewed all available literature on the subject of gender equality. I didn’t build a fortress of documentation supporting my views to hide inside of. I’m just a dude with a blog. However, access to equal opportunities for everybody ranks pretty high on my list of what’s right.

Furthermore, I’m rubber and you’re glue, so something something I know you are, but what am I? That’s settled, then.

Where were we? Ah yes, here are the five stupidest arguments against pursuing gender equality.

5. “Feminism is destroying our society.”

I’ve seen this one a lot. It goes something like this:

“Modern women are unfulfilled, because they’re now a part of the workforce and it affects their private lives. Modern men are emasculated and have become disposable as they’re no longer providers of financial security. Feminists fighting for gender equality have ruined our traditional values and made all of us miserable.”

What the whatting what now?

I must have missed the part of the “Feminist Manifesto” that advocates forced employment of women and emotional castration of men. How exactly did you come up with this interpretation of feminism?

Although I guess the true meaning of “feminism” will forever remain elusive. It’s not like there’s a book of some kind that we can consult for word definitions. Wait, what do you know, here’s Longman Dictionary’s take on “feminism”:

The belief that women should have the same rights and opportunities as men.

Strange. “Mandatory emasculation” is suspiciously missing from the above.

So what’s your worry, exactly? Are you threatened by the fact that qualified women are now competing for the job you may have previously had by default? Good. You should be. That’s healthy competition for ya.

Let’s settle it once and for all: Feminism is about choice. More specifically, about women having the choice to pursue whatever aspirations they have. The same choice that men have already been given.

Want to be a professional career woman? Go for it! Want to be a stay-at-home mother and take care of the house? Fantastic! Want to join a traveling circus as a ferret-juggling clown-acrobat? Curiously specific and a little weird, but hey – it’s your call to make!

Cut it out with the “destruction of society” rhetoric.

Now, can you find some extreme examples of radical feminism that have a more aggressive stance on gender equality? Probably. But if you’re going to base your argument against a movement on a few extreme cases, then why stop at feminism?

Let’s boycott the Catholic Church for encouraging paedophilia. Let’s ban boxing because it’s creating a generation of ear-chewers. Let’s tear down the worldwide satellite TV network because of that thing Homer Simpson said that one time.

Stop cherry picking anecdotal evidence that lets you get away with being a sexist.

Feminism did not irreversibly ruin gender dynamics. It helped gender dynamics evolve. That’s a pretty crucial difference. Learn to adapt to it and stop your whining. 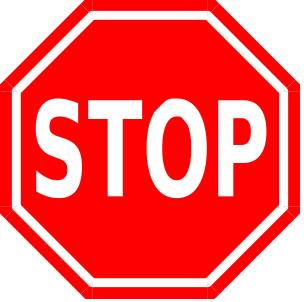 Shut right the hell up.

To be a man in the modern world and dare to complain about gender equality somehow “victimizing” you is not just misguided – it makes you sound like a self-entitled idiot. You’re flying a freaking jet fighter, and you can’t handle that someone is building a glider to try and catch up with you (I naturally assume that most sexists are aviation aficionados, hence the analogy).

This argument often quickly dissolves into raving nonsense along the lines of “thanks to feminism women are now proud to be ugly” and “feel entitled to bitch about everything.” These are not my words. They are lifted from an especially nasty blogger’s many hate posts. I refuse to link to them.

Man, you hear the word “feminism” and your main concern is that there won’t be enough pretty women around to please you? Go buy yourself a sex doll. “She” won’t bitch about anything and hopefully will keep you safely inside the house where you can’t infect others with your lunacy.

Sadly, this is far from an isolated case. There are online forums centered around this rhetoric, filled with insecure, bitter men who objectify women and see them as incapable of achieving anything of importance. I discovered one such forum when my old “Don’t’s For Wives” post was shared there and received a lot of negative attention from the sexist crowd. One of them was outraged enough to visit the blog:

Does this count as comic relief or does it make things more depressing?

Yet nowhere is this “male victim” mentality more hurtful than when it pops up as a response to people speaking out against rape or pointing out the pervasiveness of rape culture. Every time that happens, a bunch of screaming voices will jump in with “but what about those men who are falsely accused of rape? Who will protect them?”

Someone brave enough to tackle the subject opens up for a constructive discussion and you immediately try to sidetrack it with what is, in the larger scheme of things, a non-issue?! If someone is building a new hospital, are you the dickhead who complains about it ruining the view outside your window? If yes, then I hope one day you’re attacked and tackled to the ground by a herd of young mountain goats. As they’re jumping giddily all across your bruised body you scream out for passersby to come to your rescue, but all they say is “no way man, that’d be animal cruelty.” Sincerely I hope for that.

Look, I’m not trying to deny that false accusations happen. No justice system is perfect. But for fuck’s sake, have some perspective. Undermining a discussion about a vastly more significant problem by jumping in with this tangential reference is a dick move. Don’t be a dick.

For an eloquent and well-researched presentation of the comparative insignificance of false rape accusations, please see yet another great post by Lauren Nelson.

3. “Women’s rights have come a long way. Why are we still talking about gender equality?”

True. Women’s rights have come a long way. Women can vote. They can get jobs. Lady Gaga can freely wear a dress made of Muppets.

So…we’re done, then? Are we all good? Shall we leave the income disparity “as is”? I guess we’re OK with the continued prevalence of sexism in many spheres of life? It’s close enough, right?

Good point. I suggest we adopt the same mentality to other areas and stop wasting money on stupid shit like “finding a cure for cancer.” I mean, we’ve already pretty much killed that Polio sucker, so why bother? Also, tell NASA to pack it up, we’ve already seen the Moon. How much more space is there to explore, really? Progress is for losers!

OK, kind of laying it thick with the sarcasm there. Delicious sarcasm sandwich, just for you! Uuuuuhm, sandwich.

What was I saying?

We don’t stop talking about gender equality until gender inequality ceases to be an issue. 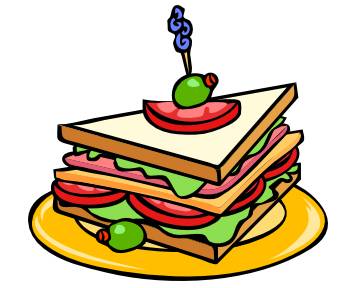 2. “There are other important issues aside from gender equality to focus on.”

Sure there are. There’s still extreme poverty in many parts of the world. There are war-torn countries. The X-Files have been cancelled in 2001. There’s plenty to worry about and plenty to fix.

Don’t tell me we’re only capable of righting one wrong at a time. How inefficient as a species would we be if that were the case? We’d still be stuck on trying to make Arnold Schwarzenegger not sound like a malfunctioning robot. Then we’d have to do something about the raccoon living on Donald Trump’s head. By the time we’d move on to explaining the concept of maps to Sarah Palin, we’d all be wiped out by a race of giant space-traveling moths. They are coming. The Aztec calendar predicted it. Look it up.

This is just another way of sidetracking the gender equality discussion. Let’s acknowledge the issues and work on solving them all, in parallel, shall we?

Oh, but it does. The gender equality discussion concerns all of us, women and men alike.

Unless you were brought to this Earth by a mechanical stork from another dimension, you have a mother.

You may have a daughter, a sister, a wife.

You have female friends, unless you’re one of those misogynists from earlier.

There’s a female scientist inventing a pill that will help you not die of blood loss the next time you run with scissors and stab yourself in two important arteries at once.

Your neighbor is a woman.

Your President is…OK, so US is still working on that one.

It’s almost as if every other person you see is a woman. Can this be?

My point is: We are all in this boat together. We can’t do the equivalent of covering our ears and going “la-la-la, can’t hear you!” whenever gender equality issues are brought up. Ignoring the world at large ceased to be an option when the Internet came about and allowed us to share news and opinions (and hilarious LOLcat pictures, and videos of people getting hit in the groin, and so on).

Everyone is affected. Anyone can make a difference. All it takes is for you to stop ignoring sexism when you encounter it.

Or you could, you know, just close the browser and go back to watching Game Of Thrones because holy shit did you see what happened in Episode 9?!