Have you ever had your tail pinched in a door?

If you haven’t, there’s a good chance you’re not a cat. If you have, then you know how Django felt around one week ago.

Our cats, seeing as they’re cats, still haven’t grasped such concepts as “don’t scratch that”, “don’t play with that” and “don’t go there”. Anything with a “don’t” in it, basically.

This also applies to their repeated attempts at following us onto the balcony. Ever since Django and Pebbles became permanent residents in our apartment I find myself spending increasingly more time on the balcony. Occasionally I’m there to clean out their cat litter, but mostly I’m there to sob uncontrollably over the fact that it’s the only place left in the house where I can be alone and in peace.

After one of the regular cat litter cleaning sessions I was going back into the apartment and had to shoo Django away from the balcony door. What I failed to notice was that, while I was turning around with the litter box in my hands, Django ninjaed his way back to the door and placed his tail ever so carefully between the door and the wall, where the hinges are.

What happened when I closed the door cost me several years of my life and about 17 million nerve cells. Django let out a blood-curdling noise that is best described as “ten baby seals being bludgeoned to death by a shrieking opera singer”. 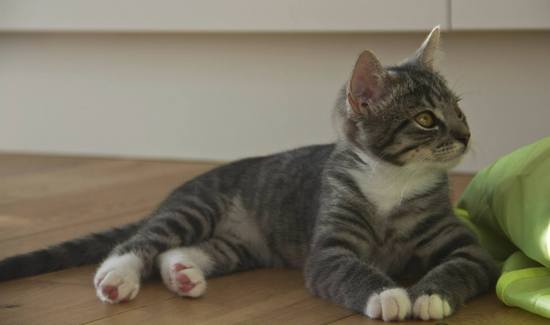 I frantically scrambled to open the door again. Django bolted into another room where he proceeded to hide behind the couch and send evil stares my way. Thankfully his tail was intact and he quickly recovered from the shock. We’re back to being friends, although I can’t rule out that he’s plotting to murder me in my sleep one day.

The next day we took both kittens to the vet to get sterilised and neutered, which is a mandatory requirement of the shelter where we got them. So, in addition to pinching Django’s tail in the door I am indirectly responsible for him losing his testicles. I really should start sleeping with both eyes open.

Both surgeries went fine. In the evening we were treated to a few solid hours of Django and Pebbles wobbling around the house and unsuccessfully attempting to jump onto furniture while still recovering from anaesthesia. They even attempted such extreme feats as eating in this semi-drugged state…with predictable results: 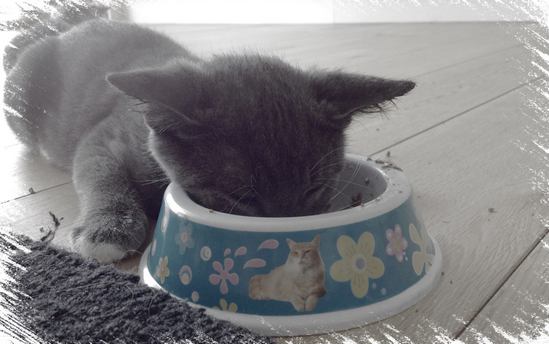 Nom-nom time AND nap time at once. Win-win!

Other than that they’re just kittens being kittens. Their play time is usually around 5AM, which you will notice is when the rest of us tend to sleep. How two little kittens manage to generate the noise-equivalent of a rampaging elephant herd will forever remain a mystery. A loud, sleep-shattering mystery.

To wrap up, here are Django and Pebbles in a rare moment of calm and tranquility (warning, the video you’re about to watch has an unusually high adorableness factor):