I’ll cut right to the chase: I was robbed.

By one of my colleagues, no less.

You see, I have several cubes of post-its on my desk at work. Each cube contains exactly 58 post-its.

I know this because I obsessively count them on a daily basis. I do that not due to a crippling mental condition, but because it’s a perfectly healthy behaviour of a stable human being and shut up!

On a fateful Monday, two weeks ago, I counted 46 post-its at the end of the work day. The night before I had 50. During the day I have used exactly 2 for my own purposes. It appeared that 2 post-its went mysteriously missing. A quick calculation in an excel sheet confirmed that my math was correct: 2 post-its were gone. Something was afoot. Evil. Thievery of the worst kind: the white collar kind.

I had two options. One, I could confront my colleagues and ask for an explanation, hoping somebody would fess up. Two, I could set up an elaborate undercover sting to catch the criminal red-handed and collect undeniable evidence of his or her wrongdoing.

I went with the only sane option.

A sting of such proportions required a lot of advanced spy gear, so I turned to the most trusted source of discreet spy equipment: eBay.com.

First order of business was to find an inconspicuous hidden camera. My gaze fell upon this nifty calculator: 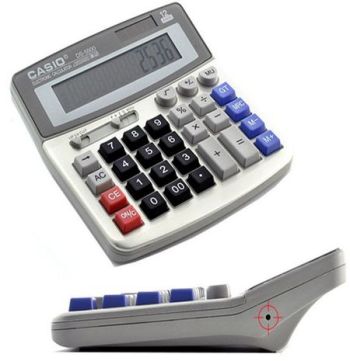 But then I thought: “Too obvious. Who uses calculators anymore?!”

No, what I needed was an item that would fit seamlessly into the natural arrangement of my work desk. Something low key. Something that wouldn’t raise any suspicion.

So I finally settled on this: 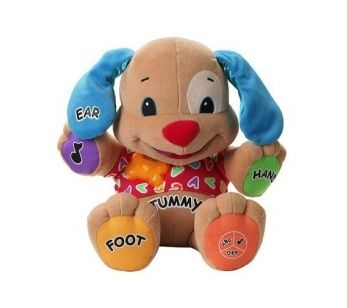 I knew that a single hidden camera disguised as a deceptively cute stuffed dog wouldn’t be enough. I’d have to equip myself with more eyes and ears for this sort of sting. That’s why I found this stylish, yet functional, belt-buckle camera: 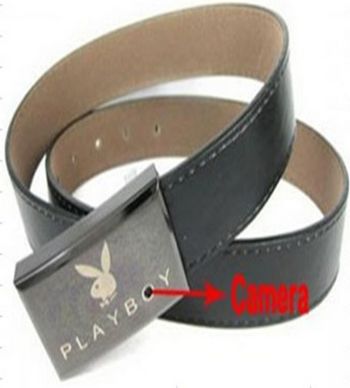 I now had two different hidden vantage points from which to record the inevitable crime.

Then it hit me: what if the thief was prone to muttering words that described his crime while committing it? Wouldn’t that be worthwhile to record?

I needed a powerful and subtle eavesdropping device to help me capture his self-confession. I needed this:

I was slightly surprised to discover that the device came without the female assistant clearly visible in the picture, but that’s a story of false advertising for another time.

I was almost ready. Almost. The final piece of the puzzle was a tool to help me observe and record the crime at night, should that prove necessary. Behold, the glory of the 5 vision-mode ultra-vision night-vision goggles vision-vision:

At last, I was ready. Anticipation washed over me like a tidal wave. I was about to put my sting into motion.

The next day I arrived to work, acting as if nothing had changed. I was dressed as my usual self. The only thing different about me was the trendy Playboy belt I was strutting and the Duffel bag full of advanced spy equipment.

When lunch hour came I made the usual excuse of not wanting to eat together with my colleagues, so I stayed back. It was time to act.

I took out the stuffed-dog-camera and placed it on my desk, facing the stack of post-it cubes. Then I retreated to an empty conference room at the opposite end of the building, which offered an unobstructed line-of-sight to my desk.

For the first several days, nothing suspicious happened at or near my desk.

Then, on Friday, I struck gold. It was 11:37AM when a lanky figure ambled towards my desk with the gait of a criminal intent on doing criminal deeds. This shady figure had a name: it was Ted from human resources. Displaying zero hesitation and a complete lack of shame over his actions, Ted leaned over my desk, ripped out a single post-it note and shamelessly started to scribble something on it, right there and then.

My dog camera showed a close up of Ted’s hands as they glided over the post-it, desecrating it with his filthy words. I had all the evidence I needed. I left my hiding spot and rushed over to my desk.

As I approached, Ted was still leaning over the desk with his back to me. Wasting no more time I placed my hand firmly on Ted’s shoulder and, leaning close to his ear, said:

Ted spun around and, upon facing me, let out an inhuman scream that reverberated throughout the building. His scream, amplified tenfold by the “Spy Ear Bionic Listening Device” I was wearing, disoriented me and made my ears bleed, slightly. Ruptured eardrums or not, I wouldn’t be deterred.

“You’re the bastard that’s been stealing my post-its, aren’t you?!” I announced, pressing both of my hands to my ears to stem the bleeding.

“Jesus Christ…Daniel? You scared the shit out of me! Why the hell are you dressed like a cyborg? Is it Halloween already?”

Ted was referring to my multi-vision vision goggles, which, in my excitement, I’d forgotten to take off.

“Don’t change the subject, Ted! This isn’t about me and my visionary vision goggles. This is about you stealing my post-its, you post-it stealer!” I said, satisfied with the clever choice of words.

“I was just going to leave a note on your desk, asking you to contact HR when you return. You haven’t come to work and nobody’s heard from you for three days,” Ted said.

“What if I ‘just’ greased my body in oil and rolled around naked on that fancy couch you have in your office?!”

“Now you’re being ridiculous. I wanted to leave you a message, that’s all,” Ted was going on the defensive. Now was my chance to strike.

“Ha! So you don’t deny taking my post-it note with the sole purpose of using it for your own nefarious purposes?!” I thrust my pelvis upward at Ted’s face, to ensure the microphone on my belt camera captured every word that came out of his lying mouth.

“Daniel, you’re acting crazy right now. That’s another thing HR wants to talk to you about. You’re a bit of a loose cannon, Daniel”, Ted was backing away from me and looking around, nervously. Typical behaviour of a remorseless criminal. I cut off his retreat and blocked the exit.

“Crazy?! Tell that to Sparky!” I screamed, holding up the stuffed dog triumphantly above my head, “Sparky and I have the whole thing on tape! Don’t we, Sparky?! Who’s a good dog, Sparky? Who’s a good dog?!”

Ted was beginning to show signs of panic, indisputably confirming his guilt. It was time to deliver the final blow. I took out a pair of handcuffs that I’d crafted out of paper clips and staples during my three-day wait. I tackled Ted to the ground and slapped the handcuffs onto his wrists.

“There, you’ve been Stinged, baby! I have Fields-Of-Gold-ed you!”

“What?!” Ted bellowed, thrashing around on the ground. I sat on top of him, savouring my victory. I continued:

“That’s…that’s not why it’s called “the sting”. Please, man, you’re hurting me!”

Suddenly, I felt a pair of arms pull me away from Ted. When I turned around I saw a group of colleagues looking at me in shock and confusion. They’d returned from lunch and had clearly misunderstood the whole situation.

“Good you’re here, everyone. We have a thief in our ranks!” I said, pointing at Ted.

In a shocking, cruel twist, the colleagues released Ted from his handcuffs and turned to me. For a while, no words were spoken, except for “lunatic”, “snapped at last” and “call the cops”. Finally, a female colleague by the name of Olga looked at me and said:

“OK, Daniel, this has gone far enough. Last week we caught you greased up and rolling around naked on the couch in the staff room. Two weeks before that you were asking that everyone refer to you as “Lord of Darkness” and constantly flipping the light switch off. But this…attacking Ted like that? Sorry, but the cops will have to take it from here!”

Disappointing. Justice was on my side. My colleagues were not. Tactical retreat was my only option.

I spun around and rushed to the exit. A few colleagues gave chase, but they were no match for my speed, my agility, and my flipping over the soda machine to block their path.

Once outside I made for the nearby woods. There, I found a hiding spot and set up another sting: the sting to gather evidence against all of them.

They may have had the numerical advantage, but I had the “Bionic Listening Device” and my vision vision ultra vision goggles.

Most importantly, I had Sparky.

And Sparky had me.

As long as we stuck together, they’d never take us alive.

The totally true story of how I went shopping

The totally true story of how I visited the airport

The totally true story of how I got arrested