You all remember hurricane Sandy, right?

Well you probably don’t know this, but on Monday we here in Denmark celebrated Sandy’s one year anniversary by having a storm of our own.

Not just any storm, either – the worst storm in a decade!

Before you put on your panic hats (is that a thing?), relax. What’s considered “the worst storm” for Denmark is called a “Wednesday” in the Philippines.

That’s not to say there were no consequences. Two people died. Public transport was in shambles. It took me 4 hours to get home from work, instead of the usual 1 hour. Trees were uprooted and posters of politicians were torn down.

All in all, however, Denmark is back to functioning normally. We simply don’t get cataclysmic weather happenings here.

That reminds me. Did you know that we once had an earthquake in Denmark, too? We did. In 2008 an earthquake hit Sweden and decided to take a slight detour to Copenhagen to buy booze. Typical Swede.

The earthquake was 4,7 on Richter Scale when it hit Sweden. Do you want to know how bad it was once it got to Denmark? Let me tell you: 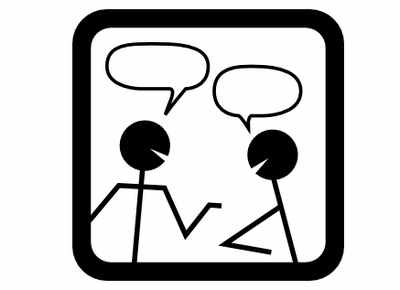 That’s me telling you stuff. You look so clueless!

It was around 6 in the morning and I was asleep. Suddenly, it felt like my bed started vibrating. My immediate reaction, of course, was to freak out and seek cover. Just kidding. My first and only thought was “Damn neighbours, why are they having a party this late/early?!”

With that I went back to sleep and slept until my alarm told me it was time to go to work. It was only when I got to the office and heard colleagues discussing the earthquake that I put two and two together (that’s four, by the way).

I remember the media making a pretty big deal out of it, too. There was an interview with a guy whose garden lamp fell over and broke. The interviewer, in all seriousness, was asking him detailed questions about the experience. The guy looked distressed and, while holding the broken lamp in his hands, said something along the lines of “You just don’t expect this kind of thing in Denmark!”

That’s true. You don’t expect any major catastrophes to happen in Denmark. Our disasters are little wannabe versions of their real equivalents.

And that’s, of course, a good thing. Let’s hope those wannabe versions never grow up.

As a bonus, here’s some BBC footage of what they refer to as “scenes of chaos” from the bad flooding we had in Denmark in 2011. WARNING: graphic content. Do not watch that video if you’re sensitive to any of the following:

That wasn’t for the faint of heart, was it? I hope you all survived the ordeal!