What exactly is Mahjong? I’m glad I asked that question for you.

Mahjong is a classic Chinese board game in which people memorize dozens of unfamiliar symbols and hundreds of combinations to arrange these symbols into. Mahjong is considered to be quite complex and has been called everything from “intriguingly intricate” to “inhumanely difficult” to “I’d rather chew my own face off than spend another minute trying to figure this game out.”

It’s a commonly held belief that Mahjong can never actually be learned by mortals. This is inaccurate. Mahjong can be very simple and—yes—almost fun. Learning Mahjong is as simple as learning the rules of the game and how to play it.

This guide will show you how.

Mahjong can be played by any number of players that is equal to exactly four. 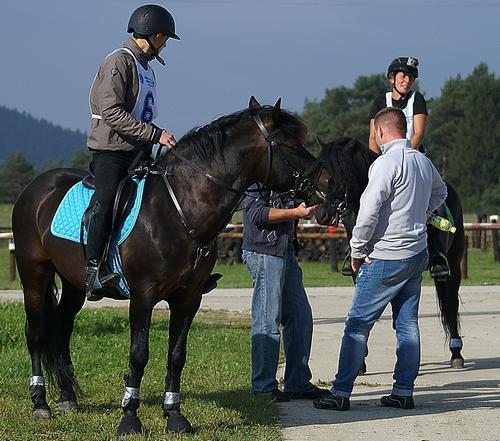 Like these guys, once they’re done toying with those ghastly hoofed animals.

What’s In The Box

Mahjong usually contains 144 tiles with different symbols like bamboos, circles, dragons, winds, flowers, other flowers that are called “seasons” for some reason, and sometimes animals that can also be seasons somehow. There is a helpful chart right here, which you can quickly commit to memory by using simple techniques like “pretending you’re studying for a final exam” and “not having a social life.”

The game also contains dice that are mainly used for tricking people into wrongly assuming that Mahjong is as straightforward as Yatzy.

Finally, the game is typically accompanied by a manual that can be safely thrown out due to having been translated by someone not familiar with either English or the concept of constructing sentences.

Goal Of The Game

The goal is to assemble a winning hand of 14 tiles arranged into specific sets and combinations. It’s basically like Rummy, if Rummy were a cruel mental torture device disguised as a game. 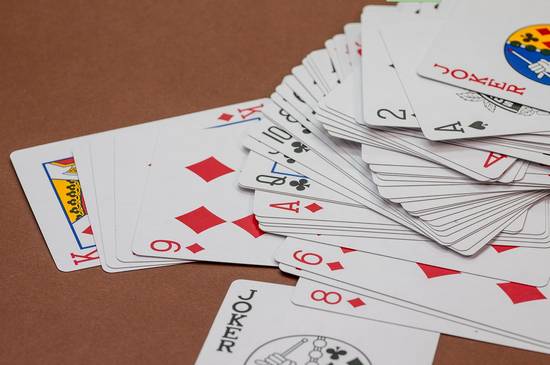 Mahjong continues to laugh at the silliness of your games.

Setting Up The Game

Put all the tiles face down, shuffle them, and build a square fort out of them containing a “wall” of tiles (two tiles high) on each side. That was fun, wasn’t it? Good! Your fun time is over now, it’s time to get down to Mahjong.

All players take turns to roll the dice. The one with the highest total score is the dealer and automatically the “East wind,” which is also always the “prevailing wind” when you start. Obviously.

The dealer rolls the dice again, adds the sum of the points to his previous winning points, uses the total number of points to count the tiles clockwise starting at the right edge from where he’s sitting, and takes four tiles into his hand from the place he lands on, thereby “breaking” the “wall.” Easy peasy.

Almost too easy, even!
Source: www.sloperama.com

Each player now takes turns to take tiles in a sequence that varies depending on which rules you play by, so just do whatever works for you before somebody has to go home. When everyone has 13 tiles in their hand (and the dealer has 14 tiles), the game starts.

Players take turns picking and discarding tiles from the wall. When someone discards a tile, players that can use this tile in a combination claim it by yelling “Pung,” “Kong,” or “Chow,” meaning “Pung,” “Kong,” or “Chow,” respectively. If nobody claims the tile, the game continues and other players draw tiles from the “wall” instead. This cycle goes on until somebody wins or until the heat death of the universe (whichever comes first).

Once somebody has a complete hand, they announce this by yelling “Mahjong,” which usually wakes everyone else up from their involuntary slumber. Yes! You have a winner!

Now we get to the exciting part: the scoring!

Nope, that’s not it.

Not to discourage you, but there exists a separate article on Mahjong scoring, which in turn links to even more articles about the different types of scoring based on which rules you’re playing by, like some evil matryoshka dolls of never-ending madness.

You can expect easy-to-follow guidelines like “You get 2 points for any Pung that has been concealed in your hand, unless you’re currently the West wind and the South wind hasn’t played any Chows. If the player to your left is a Capricorn and is married, you get extra points for playing any season tiles.”

Wait, you didn’t think this was it, did you?

Sit down! You have only played one hand! A standard Mahjong match lasts 16 hands, with players taking turns at being dealers and different winds (and sobbing uncontrollably and begging to please please please make the insanity stop already). Here’s a handy diagram:

Mahjong laughs at your concept of helpful tables.
Source: Wikipedia

Don’t worry: You will usually find that—upon discovering that there’s more than a single hand—your friends will collectively attack you with nearby objects. You can look forward to a fun night of fist fights and trips to the hospital and/or prison. And isn’t that what life is all about?

Congratulations, you are now a Mahjong master!

Stay tuned for my other, more beginner-friendly guides, including “How to build your very own nuclear power generator” and “37 simple tricks to performing neurosurgery.”

21 thoughts on “Your ultimate guide to Mahjong”