A harmonious symphony of banging doors, people stamping on stairs and street noises wakes me up at 7:30. The sun is shining in my face so I’m having a hard time falling back to sleep. I walk over to draw the curtains to shut the sun out. As I pull on the curtains, the entire pole that holds them crashes down noisily, successfully waking Katka up as well. I was going to wake her with a kiss, but I guess this works even better.

We place the curtains back in their spot and head down for breakfast. There’s no menu this time, we both just get fried eggs with bread on the side. Katka makes another naive attempt to order coffee with regular milk. Her coffee arrives without any milk at all, for a change. In the end the owner tells us she doesn’t have any fresh milk (no surprise here), but she could run to the store to get some. We decline, so as not to bother her.

Our tickets to Ninh Binh have been ordered. The train will be leaving at 23:00. We check out, leave our bags at the reception and rent two bikes from the hotel owner. She seizes this opportunity to overcharge us yet again (we pay 40,000 dong per bike, while having had them for free in Hue and seen them for 20,000 in Hoi An). I guess it’s a good thing we didn’t ask for that fresh milk – who knows how much she’d want for it. 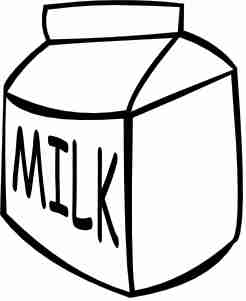 “That will be one human soul, thanks!”

We head straight for Nhat Le Beach. We decide to skip the tourist routine for today, primarily because there are a grand total of two landmarks in Dong Hoi. One of them (ruins of the Tam Toa Church) is right next to our hotel, so Katka takes some pictures on the way to the beach.

Nhat Le Beach is a public beach, but there isn’t a single person around at this time. We’re all alone in a vast sea of sand. Also, sea of sea. We leave our things under a fixed wooden umbrella and head for a swim in the unusually warm water.

During our swim we notice a guy walking around the beach and kicking sand with his feet. He does this for a good five minutes and seems very methodical about it. At some point he kneels down to the sand and pulls out…a can of beer. He wipes the sand off of it and walks away. Apparently he’s been using the sand as his personal refrigerator. It’s either that or he’s insanely good at spotting abandoned beer cans.

“Helloooo?! Anyone seen my beer?”

For the rest of the day we sunbathe, swim, and read in the shade when it gets too hot. We’re completely alone, except for one curious episode.

Around noon an older woman in a traditional Vietnamese conical hat appears on the horizon. She’s carrying with her a strange collection of assorted cardboard boxes and big plastic trash bags. She makes her way slowly towards our umbrella and sits down right next to Katka. The woman proceeds to construct a makeshift fort out of the cardboard boxes around herself.

Once she’s finished building her castle she turns around to us and starts gesticulating wildly. We figure out that this is most likely not a form of interpretive dance, so we try to understand what the woman wants. It turns out she’s asking for water, but unfortunately all we can do is point to our already empty bottles.

The woman suddenly begins to point at Katka’s bra and winks at me repeatedly. I shake my head to indicate that I have no clue what she wants. Her pantomime intensifies and is now accompanied by smacking noises and stranger, unidentified sounds. After ten minutes of complete communication breakdown the woman finally gives up, gathers her boxes and walks off into the distance.

Maybe it was Morse Code?

By 16:00 the beach starts to slowly fill up with people. We go for one more swim, dry ourselves off and set out in search of a post office (Katka wants to buy and send some postcards).

Dong Hoi is much more untouristed than the other cities we’ve been to so far. Nobody is trying to sell us overpriced fruit or give us motorbike rides. Also, this is the first place where we feel a bit like alien species. People tend to stop and stare, run after us yelling “hello” and occasionally ask for our pictures. I’m enjoying my new-found minor celebrity status, smiling and waving graciously at people. I get tempted to start handing out autographs, but resist the urge (barely).

Katka has become a daredevil in traffic. She’s clearly transformed compared to her first day in Hanoi, when she was hyper cautious about even walking out onto the hectic streets. Now she’s weaving in and out of traffic and biking across busy intersections on red light, while yelling “they’ll have to wait for us to cross, then!”. Vietnam has created a monster! 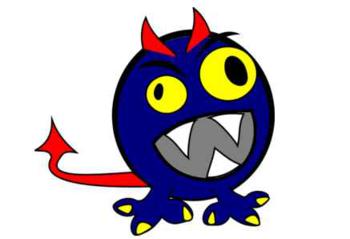 After almost an hour of circling around we fail to find a post office and give up on the idea altogether. We find a mini market and stock up on crackers and Yomost. I’ve already talked about the awesomeness of Yomost here and here, so I’ll spare you further raving. Just know that it tastes like heaven-flavoured ice-cream, but ten times better! We still have the uneaten instant noodles we’ve purchased in Hanoi some days earlier, so we should be all set.

Next order of business is to find a place to get proper dinner. We explore what’s left of the town and don’t find any real restaurants – a clear downside of the place being less touristy. After circling back to the town’s centre we end up on a street that has at least six Karaoke bars. Or, to put it another way, every cafe also doubles as a Karaoke bar. (CONTINUE TO PAGE 2)