Ha, look at that guy with his block in that picture! He looks pretty clueless, doesn’t he? Look at that face! Priceless!

It’s like he really wants to do something about that block, but he doesn’t quite know where to start. Also, it’s a pretty large block, don’t you think? There’s no way that’s a standard-issue construction block, because Arnold Schwarzenegger hasn’t been cloned into an army of builders just yet. He has been cloned before, though, just not in a manner that improved anyone’s construction efficiency.

So anyways, back to the guy with the block. Maybe the block is actually a regular-sized cinder block and the guy is just exceedingly small? He could be one of the Oompa-Loompas laying the foundation for the infamous Chocolate Factory? 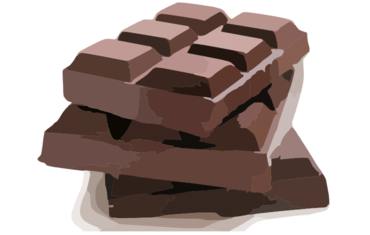 Also, what’s with the pony tail? The only man who’d ever successfully pulled off a pony-tail was Steven Seagal and we only let him get away with it because he could break our arm in seven places just by sneezing at it. There’s no way that pony-tail is helping the man with his block-pushing job…or whatever it is he does.

What’s the premise for that picture in the first place? What’s he supposed to be doing with a block half his size? Unless it’s not a block. Maybe it’s a cardboard box with some electronics in it? Or a dead body, if you’re into that kind of crime mystery stuff. Although if Dexter has taught me anything it’s that dead bodies are best contained in a bunch of black plastic bags. At the bottom of the sea. In Miami.

Then again, if it’s not a block then I don’t know why it showed up in Clker when I searched specifically for “block”. Why am I looking for an illustration of a block? Well, why do you have to be so nosy about everything, huh?

All I can say is – I’m just glad I don’t have any block-related problems like that guy…quite a relief!