Remember how I made light of the recent Danish storm?

Well, it appears I have angered the wind gods, for they have sent a new, bigger storm to smite me.

Its deceptively innocent name is Bodil. While it may sound like an IKEA chair you bought for your grandma, make no mistake: Bodil is expected to last for as long as 24 hours and reach speeds higher than the previous storm.

Already now we’re locked safely inside our apartment with the wind raging outside. And when I say “safely,” I mean “in a state of constant fear over our windows finally blowing in.”

Our doors and windows are vibrating violently. The cats are freaking out.

Pebbles is now hiding in the bathroom, inside the sink, because she’s prudent and wise (and also a huge wuss). Django insists on staying right next to the shaking window and meowing at the storm outside, because he’s a goddamn idiot.

Seriously, I have now tried five separate times to carry that stubborn cat into the office with us. Every single time he runs right back to the kitchen window to check on the storm. If he was in a horror movie, he’d be the clueless teenager that goes inside the abandoned hut to take a shower, having just found out that three of his friends have been gruesomely stabbed there. Dumbass.

I do hope they build these windows to resist heavy wind, though. It’s a bit unsettling to watch the whole room vibrate like this. And it’s only supposed to get worse soon.

Wind gods, if you spare me today, I shall never make fun of Danish storms again for at least three days. Shit, the lights just flickered. OK, five days.

If anybody needs me, I’ll be in the bathroom with Pebbles, waiting out the worst of it.

Our plane takes off from Copenhagen. We’re flying with LOT Polish Airlines, so we have a stopover in Warsaw before heading directly to Hanoi. It’s after eight in the evening on the 16th of July and thanks to the time difference we’ll land in Hanoi mid-day on the 17th.

We know exactly what we’re going to do for three weeks and have our itinerary fully planned out. Not! As it happens, we only have a vague idea that we’ll spend a bit of time in Hanoi and then head down to Central Vietnam, somewhere around Hue. While Katka (my girlfriend) has spent a decent amount of time browsing through Lonely Planet and highlighting places of interest, I know approximately nothing about the country we’re heading to.

Sure, I’ve had “history” in high school and I’ve seen a few movies that had something to do with Vietnam. However, I’ve stopped turning to Hollywood for reliable information ever since they’ve mislead me with Shrek. Turns out donkeys can’t talk – I’ve done my research, liars! Well, at least the rest of Shrek was factually accurate, I believe. Thankfully, Lonely Planet also has brief sections on history and culture, so my plan is to read these on the flight from Warsaw to Hanoi and thus instantly turn myself into an expert on all things Vietnam. Yeah, I’m happily naive like that. 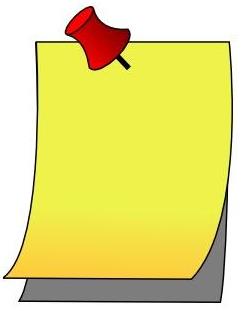 The Copenhagen-Warsaw flight is pretty uneventful. Katka spends the flight dozing off. I spend it clutching the arm-rests at any sign of turbulence (I guess in the hope of holding the plane up with the sheer strength of my muscles). Despite being a seasoned flyer I’m still recovering from a recently found flight anxiety brought on by an especially turbulent flight from Atlanta to Copenhagen the year before.

Thanks to my arms’ efforts at holding the plane airborne we make it safely to Warsaw. Our layover is just one hour. Everyone piles out of the plane and straight into…security control. Whaaaa? We have just left a plane, which we boarded in Denmark after going through a security check. Do Polish airport employees not trust their Danish counterparts to do a decent job? Or, more interestingly, do they believe we have somehow arranged for in-flight delivery of weapons and illegal goods?

“Thanks for the mail, you stupid bird, but I have specifically asked for an AK-47 and some heroin. What a fucking amateur!”

To add insult to injury, the Polish staff decide to only have one of the two X-ray conveyors operational, so a giant line is soon created. Everyone is also forced to take off their shoes, so at this point I’m starting to suspect that the Poles are just fucking with us for the fun of it. Around half an hour later we’re finally through and hurry to our gate, with only one small hurdle in the way – Passport Control.

There are four booths open in total, three of them for EU citizens, one for all others. Good news – Katka is an EU citizen. Bad news – yours truly isn’t. The line for non-EU crowd is also significantly longer and no effort is made to speed up the process by opening extra booths. I’m stuck behind a group of no less than forty Russian kids travelling with a few tutors. Behind me are a bunch of people heading to Beirut whose plane is supposed to leave 5 minutes before ours.

As you would expect in this type of situation, everbody just stands calmly in the line and silently awaits their turn. Or, more accurately, everybody flips the hell out and gets into heated arguments with everyone else about who needs to go through first while yelling and shoving. 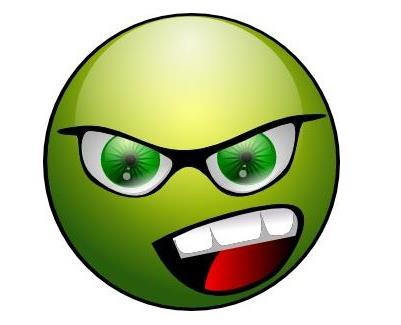 Thanks to some divine intervention (and a nasty disagreement with one of the Russian tutors) I slip through about 5 minutes before departure time. Shortly afterwards we’re speeding up to take off. While we’re still on the runway one of the overhead bin doors swings open. A nearby female passenger gets up from her seat and starts trying to get it closed. Every time she swings it closed it opens right back up, but the woman doesn’t give up, even after around twenty attempts. The whole repetitive “close-open” routine is starting to look like a mad scene from a Tom & Jerry cartoon, although I’m getting more stressed out than amused by this as my flight anxiety kicks in. The door stays closed after the woman gets help from a flight attendant and returns safely to her seat.

Up in the air we catch a few episodes of How I Met Your Mother and I calm down, because it’s hard to be laughing at Barney’s antics while simultaneously being afraid for own life. Later on Katka manages to sleep for the majority of the flight. I read the sections on Vietnam’s history and culture. I discover that, despite being under Chinese rule for a big chunk of its existence, Vietnam kicked some serious ass in most confrontations with other powers throughout its history. So Hollywood wasn’t completely off afterall. Who would have thought?!

Armed with that knowledge plus some tit-bits on Vietnamese culture and customs I join Katka and catch a few sporadic naps. Next stop – Hanoi! Click here for “Day 2”.

Also, remember to tune in to Katka’s Flickr page for pictures from this epic trip.

From June 1st to August 25th 2011 Copenhagen was the scene of a colourful phenomenon.

Over a hundred painted elephant statues were found scattered all around the city centre, much to the confusion and joy of passers by.

Despite several conspiracy theorists putting forth some wacky ideas about teleportation devices and trojan…elephants…this has been a planned event. Aptly entitled “Elephant Parade Copenhagen” this was the Copenhagen stage of a cross-city open air exhibition aimed at supporting the cause of elephant preservation. You can read much more about this noble effort here, on the official site.

It was a time for people uniting around one common goal and appreciating the majestic beauty of Asian elephants. It was also an excuse for dozens of grown up men and women to spend their time painting elephant sculptures. This was a lot like the nerdy folk painting Warhammer figures, but on a larger scale and more socially acceptable, oddly enough.

Finding all of this quite curious I suggested to my girlfriend, who is into photography, to roam around Copenhagen and snap some pictures of the elephants for posterity. You just never know when hundreds of pictures of painted elephants will come in handy, do you? 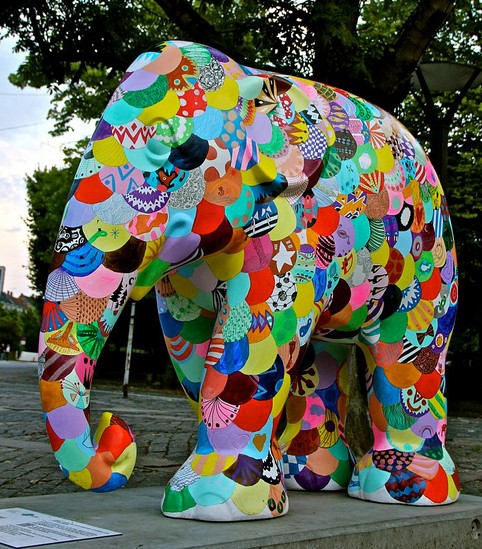 “Man, what’s happening to me? This is the last time I go to a rave party!”

And sure enough, it started out as a fun activity and a good motivation for us to enjoy some summer days outside together.

However, seeing how my obsessive-compulsive brain won’t let me simply enjoy things, I had to turn all of this fun into a neurotic “gotta catch ’em all” Pokemon project. This wasn’t helped by the fact that while browsing through the Elephant Parade Copenhagen website I’ve stumbled upon this:

“Now all that’s left is for me to subdivide this map into identifiable sectors and we’re good to go!”

And thus, thanks to my obsessive drive for completion and my girlfriend’s photography skills we proceeded to chase down every…single…one of the 100+ elephants in Copenhagen. Yup, we have pictures, if anyone’s interested. You’re not? Come back, don’t leave me!